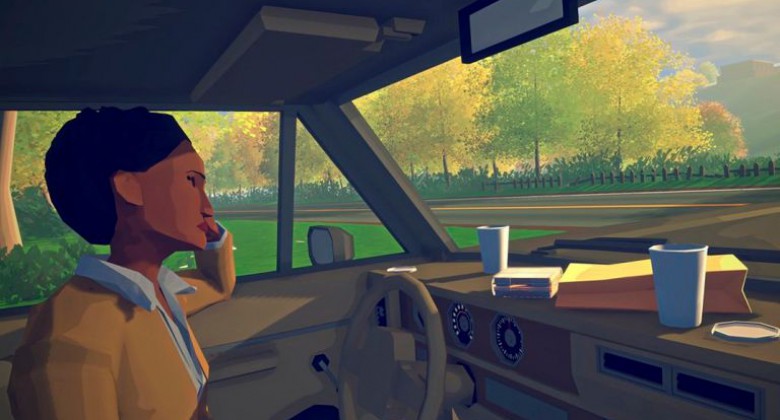 Many console video games suck the life out of you, let’s face it. The massive and historical sandbox worlds of Assassin’s Creed, Rockstar-created satirical open-worlds or fantastical story-laden lands roaming with creatures... It’s true these popular games go deep, allowing players to settle in with their character and steadily expand their skills and familiarity of the scenario via major missions and side quests. The freedom of choice can be pretty overwhelming. However, this is often at the expense of a tightly defined scenario or story. It can also wear thin travelling around a map.

So what about those (mostly indie) titles that hone it down but still leave a deep impression, while at the same time being satisfying, even transcendent experiences. What about those that fascinate, or leave us wanting more?

If you’re a busy person - or just a restless one - let’s take a look at 4 great, fascinating PS4 games you can play in one sitting, but which press some major buttons in your brain...

'What remains of Edith Finch?'

This first-person game is no ‘walking simulator’, but an exceptional experience rich with meaning and emotion. However, it's akin to titles like 'Gone Home', 'Kentucky Route Zero' and 'Firewatch' in that we're in magical-realism territory here. It’s an involving, touching, beautifully-rendered story that isn’t scared to explore dark areas where most games fear to tread. Despite being very realistic, at times it’s highly imaginative and although might seem preoccupied with death, is in fact full of life. You'll have to explore and find out for yourself. It's also from the same developers who brought us another special game 'The Unfinished Swan'.

Be warned, this one is a horror title, so contains some gruesome scenes, so you can skip to the next title if you like. Next time you go diving, don't get stranded on an abandoned WW2 freighter. A build-up of atmospheric scares will await you, along with the sort of horror that's headed for psychological territory. After a slow beginning where this all needs to get set up, the game gets going as you begin to feel how you have the power to affect various outcomes, and those of the characters. Will you 'play nice' or will you 'go bad', that is the question. In fact, what's great is just how directly your decisions will lead to often surprising - and sudden - consequences. You can also play co-op online, which adds a whole new dimension to the game.

This is a game which will encourage you to explore and it has an open-world feel at times, but its theme is very powerful. It only takes a few hours to complete, and that time will prove to be thought-provoking via a strong narrative that explores mental illness, makes it more real and comprehensible, and offers a path to overcome it. The nightmarish world of monsters have a real connection with the inner life of the character Kay, and this is a fascinating realm for video games to explore and represent. Is this 'game therapy'? Perhaps...

Virginia received mostly positive reviews, but with one reviewer really disliking it. You might appreciate why this is when you play the game, but it won’t stop you playing, or being though-provoked. The atmosphere, sound and cinematic style are certainly remarkable, but perhaps its abstract nature can be a little - inexplicable - for many. What we say: this is not a reason to dislike it (it didn't stop 'Twin Peaks' being a massive TV hit). It’s almost integral to why Virginia has something to offer. It’s a very suggestive, intuitive game which is full of surprises. The impression of the game lingers on, and makes you contemplate why more games are not as fascinating as this one.

Previously mentioned at this blog, but in case you've not yet discovered them yet, are many more, older PS4 games that are not overlong to play, but may need at least two big sessions to complete. They include Journey, Flower, Abzu, Rime and Planet Alpha. All of these games are very accessible and atmospheric games well worth experiencing.

That brings another hopefully helpful game round-up to a close, but stay tuned for more game lists and previews here at Gaming Impact. Check out our instant range of free-to-play browser games and fun mini-games right here and now.