The next Assassin's Creed: What will be New? 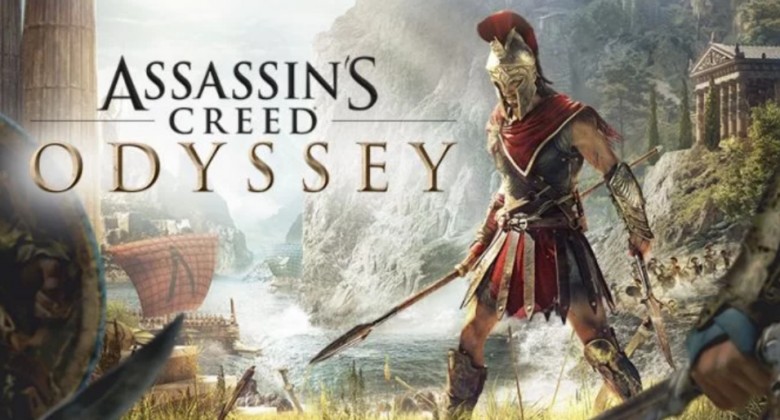 Another franchise set for October release is… another Assassins Creed game. While it may not be top of our list, it’s always good to see! Ubisoft must have a pretty awesome graphical resource library by now. Their ‘adventures through history/time’ saga continues with Assassin’s Creed Odyssey, set in Ancient Greece. Origins has received great reviews and success, with sales double that of Syndicate.

Recently we had a new trailer (the ‘Kassandra’ Gamescom trailer). Will it be more tweaking with a familiar format in a dazzling new setting, or something more surprising? Maybe gamers simply need longer breaks between these huge games, maybe a reason why some of them have done less well than others? Assassin Fatigue Syndrome?! No...

- The world will be pretty open right from the start (go anywhere you like but… probably get your ass kicked).

- Choose to play as a man or woman from the outset.

- You can skip through cut-scenes and (non-interactive) dialogue.

- Combat is a little faster and more aggressive, in same ‘hit-box system’ as Origins.

- The 'Animus' is back, with a modern day contrast.

- Look out for Socrates, who everyone knows, came to an unhappy end, a victim of being too ahead of his time.

One of the great attractions for casual Assassin’s Creed players is simply this: the way the lands, cities and details of the past are so stunningly rendered or resurrected— and made open to explore, and traverse. Of course, the whole ‘assassin’ deal is the other attraction, where designers ditched complex RPG elements and lengthy stealth level design (the Thief concept, for example) and went all-in for quick action and pace (at the cost of more subtlety?) But there are always trade-offs with carving out any gaming niche, and you could say Ubisoft's format has been quite(!) successful, maintaining a fine balance where Odyssey will be the eleventh major installment (and twentieth overall!)

The premise has always been far-fetched: the use of a simulator to go back and enter the past. This time-travelling aspect for us here at Gaming Impact, has always seemed a little weak, (and some write it could be ditched altogether) but we certainly love ALL the rest: the detailed history, the secretive creed, the combat, gear and parkour, the famous character appearances and extensive (and accurate) location reconstructions. I remember visiting the Notre Dame in Paris and thinking how much playing Unity had prepared me for the experience and appreciation of the architecture. It did help to bring the whole French Revolution closer for me.

So.. just where have we been already? Ancient Rome, the American frontier, the age of pirates, revolutionary Paris, Victorian London, Ancient Egypt… And just what will EA do, when there are 'no more worlds to conquer'? Hopefully, they will do like DICE etc: revisit them all over again and make them even better! But do they need to make these games bigger? Just more ‘playable’ we suppose, whatever that means. Does this mean add more of those RPG elements and Witcher-style choices that can increase the lifespan (replays) of the whole experience? You begin to wonder just what it is they can do, and how far games will go, beyond this. How about combining multiple maps in one massive online game, so you have the choice to enter different eras? Or will they release a VR version one day? But that’s a whole new ballgame for developers and designers, with many (physical) limitations, for now. We don't want people diving off the tops of buildings.

So, although the game may not bring anything earth-shattering, it’s too soon to tell obviously how all the tweaks and development decisions will work together here in this next setting. Sometimes, as with Origins perhaps, it can all just come together (synchronise, even) to make everybody appreciate the franchise again, or else it will please mostly longer-term fans only, the acolytes, even.

For now, if you’re not a big Assassin’s Creed fan, there’s still a lot of time to become one (and time to finish watching Fall of Troy on Netflix - recommended!) Many of the previous titles are real bargains, that’s for sure.

Don’t forget, there are some serious set-piece design ‘moments’ in these games that elevate the whole concept as a whole, and let it shine. For example, when suddenly you find you can work your way all the way up (without dying) an entire section or area. Check this out, a nice memory from Unity, where a still work-in-progress Statue of Liberty can be surprisingly climbed. The pace of the game tightens and becomes Uncharted-like for a pleasing time...

For a great, in-depth look at Assassin's Creed Odyssey features, read here. We aim to bring you a review when we’ve (one day!) completed this new time-jump through another exorbitant creation. What will be the stand-out moments, the quality inside the quantity? Happy exploring, where, who knows, we might see you around somewhere inside that violent place; the distant past.