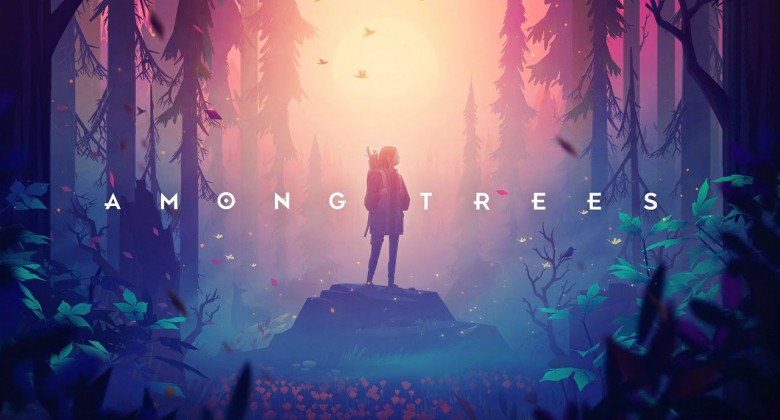 At Gaming Impact we love survival games. They can tap into that something instinctive inside us all, really making a player strive to conquer the open world environment presented by the game. It helps of course that graphics are getting more vivid and immersive.

With ‘Among Trees’ we’re talking serious PvE here: Player versus Environment, where these trending titles also seem to be trying to ‘out-survive’ one another. Recently we took a look at Stranded Deep, which brings the whole stuck-on-a-deserted-island fantasy/nightmare scenario to (decent) game-life, and giving players a heightened awareness of resources (and dangers) at sea and on land. It also gives them an end goal: the chance of being rescued, as long as you can survive in the meantime. But there are a ton of small steps and learning challenges which feed into this one big challenge: making it through just one more day.

'Among Trees' is a similar breed, only the ‘biome’ presented is very much Taiga or northern forest territory - larch trees, cabins, cold weather, and big (grizzly) animals. There’s no doubt it’s a beautiful, atmospheric game, but this does not necessarily ‘a good game make.’ But first, let’s reflect again on the whole genre a little.

You could say all games are survival games in one way or another, but with a heavier emphasis on skills for combat, far-out action scenarios, emotional story progression or differing open-world missions. Games can teach us all kinds of things about living in the world. However, remove all the enemies and replace them with wild things, in effect making Nature the focus of the game - and you get the ‘survival genre’. It’s a pure form of gaming, mixed with the open-world or sandbox genre, but not for small kids to play around in. And it now comes with certain expectations. These include the need to interact and craft loads from the surroundings (an emphasis on inventory management), strong levels of dynamic realism (scarce resources and changing weather), time spent on exploration (map wandering) and finally:  ‘homesteading’, or erecting your own, secure shelter. Questions quickly arise: Will this be a total, agonising grind, or will it be thrillingly handled, ie. well-balanced and rewarding? Will there by fellow, multi-player survivors to fend off or team up with? And... why not just play ‘Far Cry: Primal’ again and have more fun?

Many players don’t like these ‘survival’ ideas with such a heavy emphasis on scenario and realism. Isn’t video gaming supposed to be an escape from all this kind of thinking? Patience may (certainly) be demanded. ‘Grinding’ through hardship intuitively and experiencing the direct consequences of your actions are the names of this game genre. But isn’t this real life? Isn’t it a challenge which may not be immediately rewarding all the time, or very fun. Perhaps these games are the ultimate simulations.

Maybe they’re not as fun as roaming across the rooftops and monuments of the past in Assassin’s Creed, or navigating your spaceship onto another procedurally-generated planet. However, if you embrace or take the view that there’s always something to learn from every game, then patience should be tested, in the right survival context. Where Assassin’s Creed franchise brings history to life, games like Among Trees get you thinking on your feet, and getting prepared for any eventuality - including bears.

"Have you ever wanted to escape to the woods and build a life for yourself in the heart of a lush forest, where your day-to-day focus would be growing your own food, crafting tools, exploring the surroundings, and making your cabin extra cozy? This is the game for you."

It looks set to provide a well balanced addition to the genre, but for now, a lot more content and expansion is required. That's because 'Among Trees' is still very Early Access, currently only playable for PC so is not as far down the road as Stranded Deep is. However, it looks like a very promising addition to the genre. What would be your ideal 'survival game' scenario? Throw us a comment.

And remember to stay tuned for more thoughts and adventures about the 'survival genre' in video gaming. Meanwhile, check out our varied range of fun, family (and free!) browser games including instant mini-games you play directly now without waiting. In short, you don't need to be a survivor to play them!