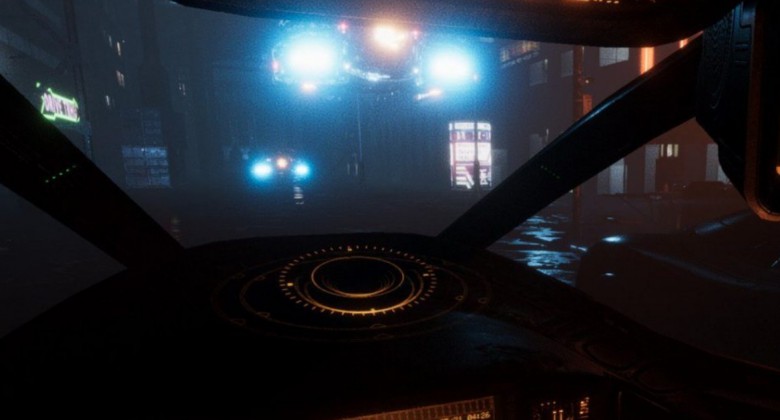 Will ‘Low-fi’ conjure up the dark, dystopian cyberpunk VR world we’ve all been waiting for since the movie Blade Runner hit the cinemas in 1982? That was set in the futuristic date of 2019, and although, happily, no such world has (directly) arrived, it’s about time a more complete VR version did, where we can do more than just take a ride in a flying police car.

Are we ready to immerse our minds further inside this fallen, techno-saturated vision of the future, rich in detail, ideas and relevance? Fortunately, fund-raising platform Kickstarter has enabled ‘Low-Fi’, as it did its predecessor, ‘Technolust’ (The latter also from indie developer IRIS VR, an earlier creation that showed willing to push VR cyberpunk space.) 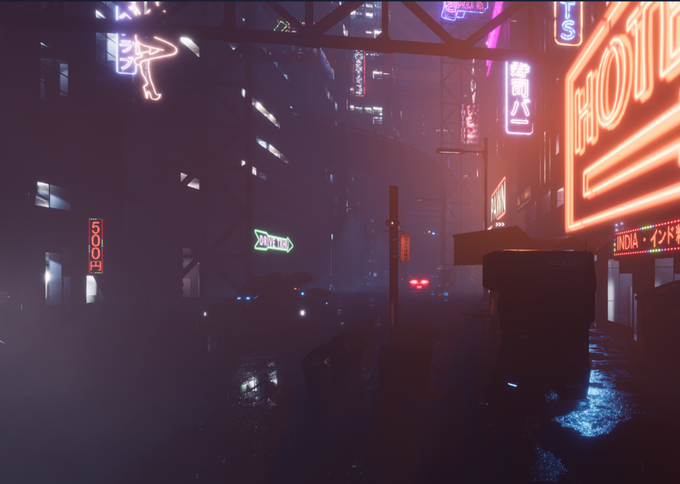 But what is this vision exactly? Cyberpunk gives us a type of future where technology has changed humanity… and not exactly for the better. Some would say it’s a lot more interesting than the Star Trek alternative, where technology is for the most part integrated cleanly into a progressive, all-hands-on-deck, optimistic, pro-scientific culture.

WIth the cyberpunk genre, there’s always been potential for greater depth and realism, and questions raised about ‘progress’, about simulation, and other advanced technologies. Humans are more fallible when it comes to technology here. It also has an attractive, stylistic wonder: from the fallen, murky, film noir possibilities to the bleak, empty, dangerous streets where technology has evolved - mutated - to form, or affect, surprising things. It calls upon the viewer - or wearer- to be the detectives who must venture into this world and find out what happened - is happening - to our humanity.

In ‘Do Androids Dream of Electric Sheep?’ by Phillip K Dick (still a cyberpunk classic) the collapse of this future world and its society doesn’t seem far off, or in some respects, is happening, with the higher echelons deserting earth for off-world or planetary pastures new. The movie Blade Runner, based on that book, was dreamy and just as decadent, and it left the ‘low-fi’ to make do, survive and salvage what’s left… while still depending on someone to police it (both from itself, and from 'threatening', rogue AI). And that’s where you come in.

2020 might just be the year for cyberpunk, since we also have the long-awaited Cyberpunk 2077, from the developers of The Witcher 3. It’s highly likely that this big-budget game will steal the limelight as an engrossing console game, but they’ll also be keen interest in what VR will provide to players that perhaps Cyberpunk 2077 can't. It may just bring us too close for comfort.

"Welcome to the next generation of Cyberpunk virtual reality. Patrol the streets and the skies, solving mysteries, fighting crime, or giving in to corruption and your own desires. The choice is yours."

So despite the sheer immersion, there will hopefully be this feeling of freedom. 'Low-Fi ' promises to deliver a large sandbox VR experience. It’s been developed specifically for it, which even with potential gameplay critique aside, will certainly help to push pure VR game development.

"The emphasis is on exploration and character driven stories. Like a holodeck program, the player is free to explore the city, further narratives, or just hang out in the arcades and back alleys spending their hard earned credits."

As with many Kickstarter campaigns, such a vision seems very ambitious. Will the experience match the ambition? The campaign targets were reached easily, its developers have experience with similar titles, there is fresh 80s retro music provided by Gunship, and the police car flight over the city is looking very impressive. In fact, what's great and striking is the attention to detail and real tribute to Ridley Scott's 'Blade Runner'. But will there be enough glue to keep it all together, with excitement and new ideas brought into this dark realm?

The Low-Down on 'Low-Fi'

You’ll play as a police officer recently transferred to a crime-infested section of city-block 303. It seems you will be given the option to play it straight, or to deviate at any time. If human evolution is any big teacher, it generally advises that helping out fellow humans can pay off, but then this is the future: who knows what the best strategy will be? Who knows who's human and who isn't? You’ll have the freedom to keep the law, advance the storyline, or explore into the city’s seedier, and more risky, underbelly. Warning: there will be dragons, likely in the form of advanced AI robots, or the equivalent to Replicants. There will also be mini-games and gadgets to interact with, as with the former 'Technolust'.

How this will all work as a playable, enjoyable or even addictive experience will remain to be seen, but let’s hope that ‘Low-Fi’ will take some risks, and make an impact. Kickstarter has shown there are many players hungry to experience cyberpunk again, and feel its relevance first-hand.

This finished product should emerge later this year, 2020.

More than just an experience?

Can ‘Low-Fi’ work as a concept that generates prolonged interest and attention? Only if it contains potential for creativity, challenge or narrative depth. If the experience can capture some real intrigue or spiritual mystery in its Story Mode, that pulls players deep into the cityscapes, themes and characters, then the answer will be yes. This could then lead to further expansion and development of the scope or open-world, 'holodeck' aspect.

Will players continue to fund it and expand it?

Will we find answers as to how humanity has entered into such a dsytopia that ‘Low-Fi’ will be conjure up?

Perhaps it's all the fault of 'The Platform', an advanced VR 'world within the world' that the 'low-fi' population in the game are unable to access, since they've been outlawed.

Will there be some way to help move this dark world in a more utopian direction?

Indeed, perhaps it will be the rise of addictive VR itself that may still erode our empathy and humanity...?! Oh, the irony of it all.

Here at Gaming Impact.com, we’re always keen to highlight ambitious games or indie projects. Best of luck then to 'Low-Fi', versus the more mainstream 'Cyberpunk 2077'. We also have many mini-games too, right here for your browser, while we wait for those that are set to feature in the futuristic world to come.