Plenty of time to help build the Virtual Frontier 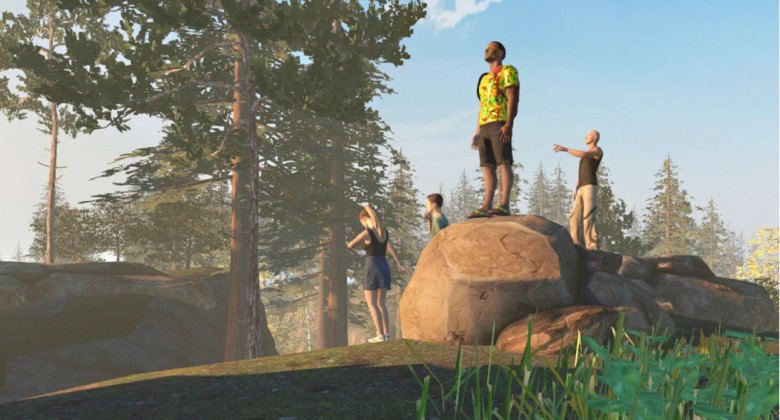 Ready Players? Nearly... High Fidelity is the latest platform for VR-inspired users, creatives and explorers to continue pushing at the frontiers of human interaction and communication. That can be a wild place to be, but at least it's under the supervision of Second Life founder and former CEO Philip Rosedale.

A big ‘Metaverse’ future of interconnected virtual spaces may be on its way, but it still needs time. Adoption is no easy feat for the technologies High Fidelity wants to leverage. Technicalities to increase VR headset accessibility and blockchain-powered digital economies are still up and (nearly) coming, despite the huge interest. That shouldn’t stop you from creating a free account, downloading the platform and start getting involved today. Why? Well, you can already start earning for one thing.

It's also free, open source and decentralised, with its own cryptocurrency (called High Fidelity Coin, a stablecoin pegged to the dollar) on the EOS blockchain. This open community-friendly foundation is important because the plan is to keep the project free and in the hands of those who engage with it; to create a vibrant ecosystem for the currency to gain value. This also means there is some of this magic money to be made for early birds making all kinds of contributions today.

If you’re a creator you can already start making and uploading virtual items to sell on its global marketplace.

"High Fidelity is a technology company that provides an open-source virtual reality software platform to help 3D artists, developers, and creators build virtual reality spaces for up to 500 people that deliver an immersive experience. These virtual spaces link together creating a metaverse that, if the creator chooses, can be visited by anyone."

Meanwhile, what are the challenges in the short-term? High Fidelity is a very different kettle of fish from Second Life, which became known for just hanging around aimlessly and chatting. The barriers here lie in VR headset sales which are still seeing slow growth, although the next ‘wave’ could come from the cutting-edge standalone headsets (including Oculus Quest and HTC VIVE Focus). For now, and wisely, High Fidelity have shifted focus towards making the non-VR experience still vital, along with private VR spaces that anyone can control, operate and open to the world if they so wish. This takes the onus away from the company when it comes to setting up community rules and moderating them.

One day there may be a lot of these spaces opening their ‘doors’ or interconnecting, and then things will get interesting, especially with the popular or successful ones. They will most likely connect with other digital economies or blockchain ecosystems, and make them more 'present' and useful.

It’s very possible that instead of turning on a laptop, we could be donning light-weight headsets more regularly in order to work and communicate more effectively than we do today (behind these screens). We will also earn and spend money quickly, securely and without borders. But there’ll be virtual laptops ‘in there’ too if you want to be traditional(!)

Get started with High Fidelity...