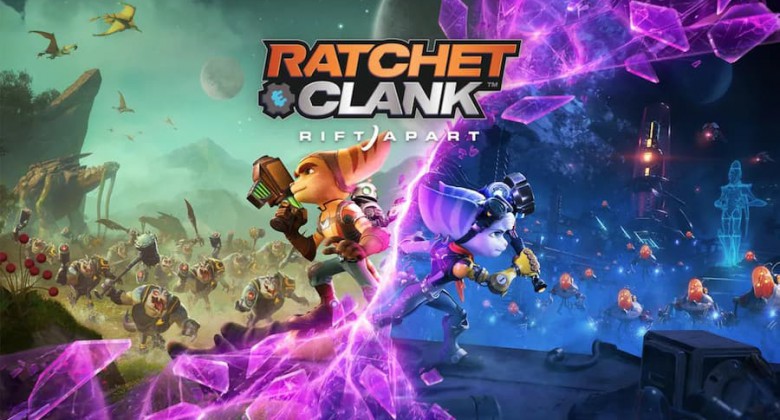 While there’s bound to be a lot of similarities in the kinds of gameplay on offer, it’s great to see more of it, and a new story - and mission.

What have Insomniac Games done to Ratchet though? Don’t worry, the trailer depicts them both working together most likely to vanquish the returned Nefarious.

Ratchet & Clank action games have slick, eye-popping graphics, quirky humour and a lightning-quick mix of gameplay that includes jumping into vehicles, firing weapons, skating along rails and jumping between platforms. There is a wealth of imagination in the semi-retro sci-fi objects and scenery.

The inevitable cut-scenes indicate when you’ve made it to the next narrative progression point. This means it's not heavily open-world, but it gives a sense of that freedom, where there are choices and decisions to be made, which may involve travelling between planets, areas, or revisiting previous ones.

And in 'Rift Apart', it looks like you’ll be hopping between... dimensions too!

Not all the dialogue and humor is understood by younger kids in Ratchet & Clank, but it allows parents to watch, aid or take a turn, and enjoy the game too. That's why the first one was a perfect lock-down freebie from Sony. This next offering looks set to engage, intrigue, absorb - and occasionally thrill - players across a wide spectrum.

Indeed, it’s a great format for most kids: gorgeous action sequences, colourful combat plus a bit of light puzzling which hopefully doesn’t get you stuck for too long. Other kids may prefer even bigger creative and open-world possibilities like Minecraft or competitive shoot-em up gaming like Fortnite.

But 'Ratchet & Clank: Rift Apart' looks set to satisfy the middle ground, plus escapist imaginations again, and be a game with strong impact, hopefully emerging onto an eye-watering PS5 from June 11th.

It helps that the previous game was made available for free on the PS4 store, of course, as part of Sony’s ‘Play at Home’ initiative to encourage people to stay at home during the pandemic. Who are we to argue?

On the subject of free, don't forget we have literally pages of challenging mini-games you can play instantly and for free right in your browser. Kick back with a soda, stay safe and have a browse through our collection. Distracting maybe, but also good exercise for the mind!

This next Ratchet & Clank will hopefully press the right buttons again and reach a wider audience.

What's our next game with impact? Stay tuned...