No more talking to tennis balls in Stranded Deep! 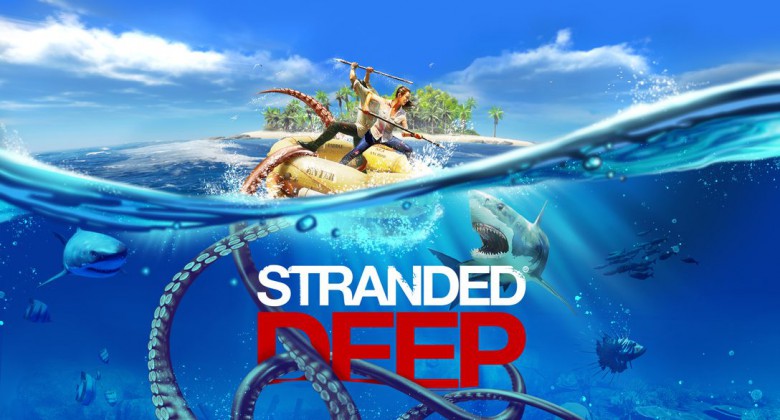 Stranded Deep is THE island survival game which does the immersive job of recreating that eternal hypothetical situation: being stuck on a deserted island. Your plane crashes into the sea, and you have only the scattered fragments with which to stay alive on the island, or hop between them.

At the start of every (totally) new game, the islands generate procedurally, meaning you can always test your skills from scratch and the challenge will never be identical.

We've covered it here before on Gaming Impact, because we love survival games, or PvE (Player versus Environment) as they awaken something primitive in all of us.

Just as primitive, is our ability as a species to co-operate, in order to better adapt to our environment. Well now you can link up and do that for fun!

But... is it fun? You might need a patient partner, for one thing, for all the crafting aspect and stuff. If you've got two or more consoles in the home, then family members can work together. What better life preparation is there?

‘You’ll experience crazy encounters against sharks, giant squid, and other sea creatures. Defend against attacks on land from wild boar, snakes, and other native threats. Hunger, thirst, and exposure will work against you as you brave the elements. It won’t (and shouldn’t) be easy… but if you survive through it all, you can escape – now with a friend!’

Developer Beamteam games is only a small games studio, but they've worked hard to bring out this first major update to their survival gem. It will allow you to invite a friend to help you craft and survive together against the elements, and against running out of food and water. And don't forget those looming sharks.

The exploration aspect including sea life encounters will probably be the highlight of co-operative play, but what's great about Stranded Deep is that these can only be enjoyed once you've sorted out your food and shelter. There's not a lot of room for shortcuts.

Stranded Deep offers up an excellent resource-management, crafting experience where you’re also racing to beat personal hunger and fatigue limitations. The solo experience has been vital to this setup, but ever since launch, the community has been pushing for the option to share it, which should make it easier, and more fun.

It's great to see such a surprising, game-changing update to this experience. And it will bring out a load of entertaining Youtube videos with influencers teaming up possibly, to see how they can escape in record time, or by taking some kind of amusing, hidden shortcuts. However, there most likely won't be any. However you look at it, the act of survival is a grind. But it's a rewarding one too.

Don't forget you can play tons of free mini-games right here at Gaming Impact, or check out our deeper, more challenging family games, all playable directly in your browser, right now.