Review of 'GROW: Song of the Evertree' 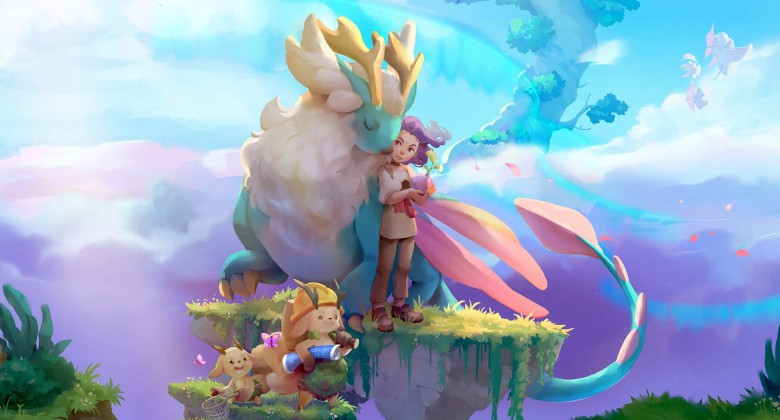 'Grow: Song of the Evertree' is a Japanese game almost out almost everywhere on everything, so here’s our review at Gaming Impact.

For starters, it’s got a very ‘good-natured’ or super-green theme for the climate-conscious times, which may or may not foster that much-needed respect for nature in the minds of younger players.

The Evertree, life-giving source to the land of Alaria has stopped growing, so you are tasked with restoring it via planting and growing, and singing a long-lost, magical song to get things thriving again. In fact, you happen to be a ‘chosen one’; an ‘Everheart Alchemist’ who is able to hear the language of the land and sky (and rain). Your task is to grow and protect the Evertree.

The game is available for a nice price considering the width and breadth of content, as long as you’re fond of games which take a little time. Indeed, you’ll be growing new Tree worlds, but you’ll also be exploring, planting, light puzzle-solving, collecting and visiting the towns which have resources you’re going to need.

All this leisurely activity will enhance the world around you, which will become more and more rich and diverse for nature and the native inhabitants.

Each world you create is unique, thanks to randomisation, and progressing through the game means building numerous tree worlds. If all the criteria are sorted in a town - filling them with enough inhabitants, buildings and decorations - the game will allow you to make another one, and so on, until the land is once more a busy, lively metropolis.

There will be people and creatures to meet who may help you out in your task, and who can give you new, interesting tasks.

In Grow, there are enough things to do to suit everybody, so it’s fine if the grinding aspects of farming, pulling out weeds, rock-breaking and planting don’t appeal. But, if you do commit to such tidying up, you’ll get to see a flourishing world come back.

Another integral part to the game is finding the forgotten song fragments which are scattered across the land, a nice touch to tap into a sense of adventure and mystery.

Get ready to feast those ears on the atmospheric soundtrack, and engross yourself in this one-player, restorative adventure sandbox game.

It’s wholesome stuff, full of wonder and charm; an accessible ‘world-shaping’ game to occupy brains and feed their natural inclinations.

Note: the game has some already-known bugs at this early stage of release, but patches are coming along to improve and update.

What about the longevity of the game? If successful there could be extra development scheduled, which looks set to produce a strong following, with devoted fans.

The only shame is it’s not multiplayer or a metaverse game in its own right, with the ability to grow things in its virtual world, taken to a whole new level. But then, if this was the case, it would look a lot more like Animal Crossing and not Grow.

But who knows, perhaps Grow has the potential to grow… beyond into a much larger kind of game. More clever and complex ‘garden sandbox’ worlds could only just be beginning to emerge…. Let's hope so.

And... If you're still waiting for the game via pre-order, or are ordering it for a present, don't forget to check out our own range of games and mini-games, while you're waiting. They're instantly playable via your browser.