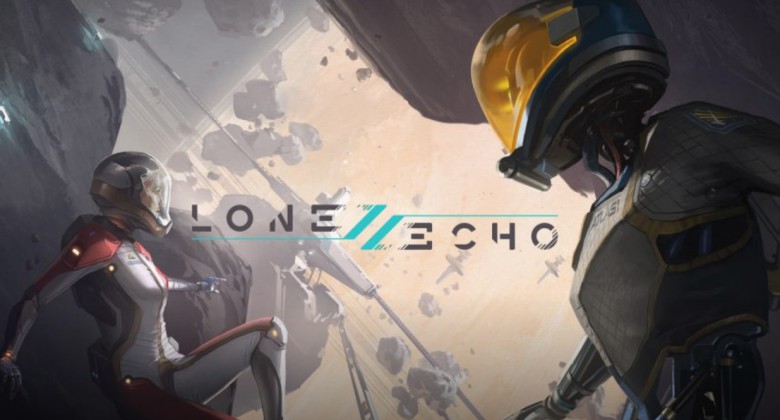 VR is forcing designers and developers to adapt, since VR doesn’t just take games to whole new immersive levels, but also new gameplay possibilities too. We don’t just mean elements like shooting accuracy, such as a bow and arrow, but in terms of new player choices and freedoms in the space all around you.

You only have to glance at the trailers below for our pick of three of the top VR games for 2020, to understand the sort of things now possible.

Amazing hardware has been unleashed in 2019 (the standalone Oculus Quest, Oculus Rift S and the Valve Index) so now we can all strap in for equally amazing titles that will push us to new limits and stretch ‘games’ to new dimensions they’ve never been before.

To be fair, this is always what games have done: push hardware, the mind and test boundaries. But now, is it really the time to get jacked-in to VR?

With this prequel to the ‘classic of classics’ Half-Life 2 (also remastered for VR), you play as Alyx Vance, a hacker who will kick-start the battle against the earth-occupying alien force, the Combine. This means a lot of object manipulation using ‘gravity gloves’ and interesting physics-based combat opportunities. Exploration and puzzle-solving aspects will return, since these elements engaged players to new heights (and depths) in the earlier one, and inspired other games to attempt similar feats of rich level design and strong narrative. Alyx will be a new story and similar length to Half-Life 2.

There is much anticipation as to what Half-Life Alyx will bring to VR gaming, since it’s been completely designed and developed as a ‘flagship’ title for Valve Index (and the first official one in 13 years). This means it will only be available for PC-tethered VR devices, although this includes Oculus Quest (via Oculus Link).

MEDAL OF HONOR: ABOVE AND BEYOND

This will be a new installment in the Medal of Honor FPS series, which of course made its name for bringing cinematic World War 2 combat experience to games. To have such a franchise ‘take on’ VR potential could turn more eyes in that direction, especially as it feels like multiplayer gaming has reached certain graphical (and game-play) heights. That’s not to say console FPS franchises don’t continue to push multiplayer boundaries via addictive multiplayer modes, but single-player campaigns could certainly continue to evolve, mainly through VR.

And Above and Beyond takes an interesting angle with this, beyond just being a soldier. By entering the shoes of an agent of the Office of Secret Intelligence alongside the French Resistance, more subtle, interesting possibilities for sabotage and surprise look to provide new freedom. The French Resistance attempted many brave operations to disrupt Nazi operations across Europe in WW2, so this could pay proper tribute to this effort, with a full campaign.

However, multiplayer FPS will also be watching how Respawn Entertainment will have tackled online multiplayer. Players will be able to cause all kinds of WW2-era weapon damage on each other via Above and Beyond's shared VR multiplayer mode.

Besides these aspects, the European theatre of combat in World War 2, may never have been re-created so vividly, transporting players and taking them closer than ever to the emotions of those who really lived through it.

Note: Another title will also be doing this: Sniper Elite VR (PSVR) set for release in 2020.

The original single-player story, set on an advanced mining facility inside the rings of Saturn, took narrative-driven experiences to whole new levels through VR, triggering a deep range of emotions (including dread) in players very quickly.

And now the story of Jack and Olivia continues, 50% larger in length than before, and bringing fresh updates to its zero-g locomotive space exploration system, plus combat elements and interfaces.

Echo Combat and Echo Arena, two extra off-shoots of Lone Echo, include multiplayer potential. Quite possibly, developers Ready at Dawn, may be able to expand their multi-franchise chances if their sequel explores VR space with even more depth and excitement.

Stay tuned to more Virtual Reality highlights here at Gaming Impact. If you've got time to spare while waiting for the above, don't forget to try one of our many free-to-play, engrossing browser games. They'll be sure to keep you busy in the meantime, along with our fun yet challenging free mini-games.