Time to Try: A Decentralised Game? 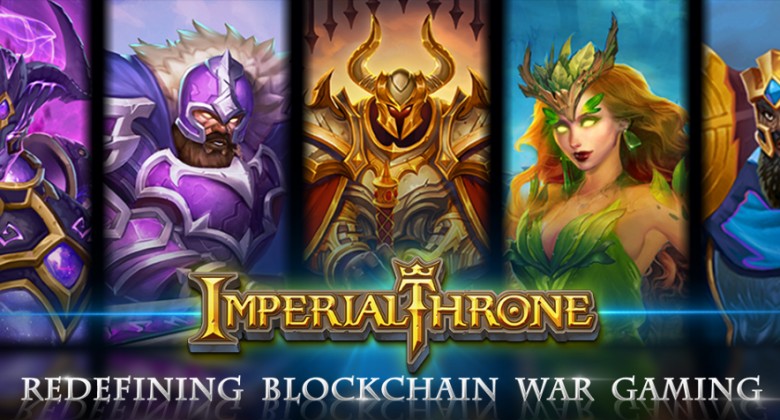 Why? Well, these types of games (or DApps) have a lot of potential to disrupt the gaming industry and you can play them right now via your browser (and also earn things or ‘tokens’ of value, that are transferable out of the game in future, depending).

Maybe you’ve played enough games by now, to start wanting to get something of value back for your time and effort?

An important thing to understand is that these kind of games (there are many types of dapps, much like an app store), is that they are not centrally controlled, and their rules are set in code and cannot generally be altered on a whim by one company. (This also means they have no/less adverts!) Harnessing blockchain infrastructure such as Ethereum, also allows them to make use of tokens or cryptocurrency to reward players or participants who do well in the game, or who acquire unique in-game items. This also helps to secure the game and all the contributions of value relating to it.

Right now, a lot of decentralised games involve card-based trading games, or where you stake something in the hope of winning rewards, or building/breeding games where you will at some point pitch or trade your creations against, or for, another player’s.

Examples? Just head over to StateoftheDapps.com and start browsing the game category. All you will need is a browser extension such as MetaMask (for Ethereum) or Scatter (for EOS-based games). These extensions give you complete control over your identity and access to these games, (which means you don’t need to keep creating usernames and passwords all over the place) as well as to any tokens you might need or acquire from playing the dapp (pronounced dee-app, apparently), or participating in it. If you already possess some Ether or EOS then this will help initially in many dapps.

Eth Town is property-style game where the initial aim is simply to own things… firstly your own Hero or character, and then property within one of the sections of the building/town. The more game participants, the more likely you’ll accumulate rewards from their participation also.

Let’s also take a look at CryptoRome. It’s a more mature resource management trading-style game where initially you get your first land for free. Once you build up enough resources you can try entering a battle to see if conquer and gain more. The in-game currency is Denari. At some point, initially, you might also need to make a purchase via a credit card (which can also be done via MetaMask, which can then be easily transferred as Ether). You can read the full FAQ for the game here. Although the game is still in early stages, it looks to be one of the more well-planned ones.

For more builder/gamers out there, you might want to take a look into Decentraland, which is an all-immersive Virtual Reality world that is owned and created by its users. If you buy a plot of virtual land here, you might also find that one day its value has increased, just as in the real-world. LAND is the digital asset that you acquire when you purchase a plot in the universe. However, perhaps more vital is the MANA token or in-game currency that allows you to purchase LAND and as the platform matures, possibly more and more things. This early potential means that many users are hoarding MANA in the hopes that its value will increase.

Yes, it’s early days for dapps, but by getting involved now you might find yourself intrigued enough to participate in their actual operation and direction, or inspired enough to create your own, and start along the path of becoming a - very trendy - dapp developer. The future is now.

Just remember, that what makes these games special is that they cannot be altered on a whim (so are more fair) because it’s the players that share a stake in its very nature and success. However, it’s important to look into the precise nature of each one. Stateofthedapps.com also has great stats such as number of currently active users, development activity and rankings. It doesn't yet include TRON-based blockchain dapps, which is set to see some heavy investment and increase in development in 2019.

One day there will surely be many successful games that have 'assets' within them that, if won by a player, could hold considerable value to those who attain it, build it, or decide to sell it for real-world value. Just look at the first story in this emerging potential, the game of Cryptokitties, that managed to congest the entire Ethereum network in December 2017.

Here at Gaming Impact we'll report back to you on the better ones that happen to fall under our radar. Stay tuned!