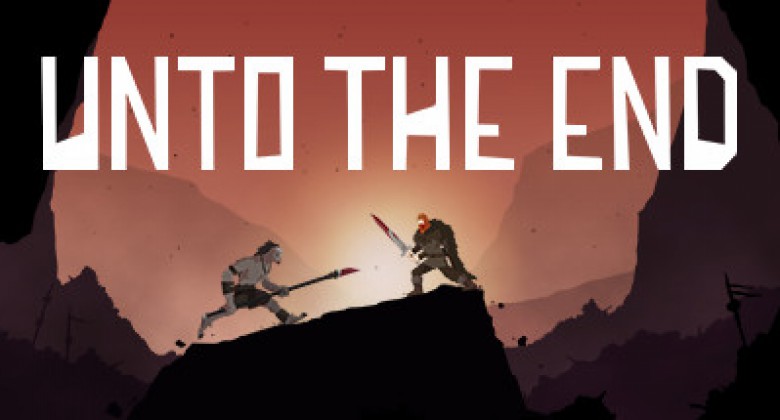 This post is to introduce what looks set to be another exceptional indie game in the vein of Limbo, Inside, Planet Alpha… yep, those engrossing, side-scrolling type of unfolding - even epic - adventures steeped in surprising atmosphere and challenge. And for this one you can include… combat!

Combat in such games has been done before, going back to the likes of Prince of Persia, where skeletons and turban-wearing guards have been fought in deep dungeons. It certainly added a lot more difficulty in those early days. Even more special, were the moments when you realised you didn't have to fight a character, but could do something else which might distract or unexpectedly destroy them.

The good news is that Unto the End will contain some of this depth, since you'll have more options than just fighting the characters you come across.

The game has been made by a small husband-and-wife team, and hopefully their game can carve a special balance between these combat encounters and the 'feel' of the adventure or development which unfolds...

‘Unto The End is a 2D cinematic combat-adventure, featuring a nuanced combat system and handcrafted encounters, which follows a father’s journey through an unforgiving wilderness to get back to his family.’

Will it be as tough as it looks? Apparently there's a strong 'physicality' to the equipment and tools you'll have to progress. Things can break, swords can be struck out of hands, spears can be retrieved or re-used, items you craft can be traded...

They still aim to bring you thoughtful adventure and design, but via more intuitive and deep, immediate mechanics and ideas.

And when these ingredients are wrapped up in an involving progression which maintains interest and momentum, via rich (and not necessarily too challenging) gameplay, then the whole thing becomes an intriguing pleasure to play, a memorable one; even an epic, or a classic one.

Check out our article on Gris and Planet Alpha etc.

This is also well described by the designers themselves:

So will ‘Unto the End’ be as artful as Gris, as fluid as Journey or as magical as the Ori games? Hopefully, it will carve out its own rugged mark on the senses.

We’re all wrapping up warm for what looks set to be a chilly, challenging game landscape, perfect as the season sets in.

The game will be widely available for PC and consoles in early December 2020.

In the meantime, have an explore here at Gaming Impact at our own host of fun mini-games and deeper family games [top 20] - all directly, freely and instantly playable in your browser window.

Or just read more articles from our increasingly popular blog, where we cover more indie games.